Steps On Air contains travel tales (as well as a random thought or two), tips and reviews.  Deli began this blog in 2011 while Alicia began sharing her adventures here in 2014.

More on the Authors:
Deli Simbajon.  Deli was born feet first into the world in the island of Bohol. She has lived in 4 cities including Bangkok (Thailand) before settling in Butuan City with her husband, Daryl. She has worked as writer and editor in the print media for years before she began blogging.
Alicia Davis. Alicia is a very good friend of Deli. Shas lived in 3 different countries and has traveled extensively either solo or with her husband, Geoff. She counts South America and Africa as the only continents that she has not visited yet.

Steps On Air has been recognized as Top 3 Blog (Blogs of Fame) in April 2016 by Blogs ng Pinoy. You can read it all here. 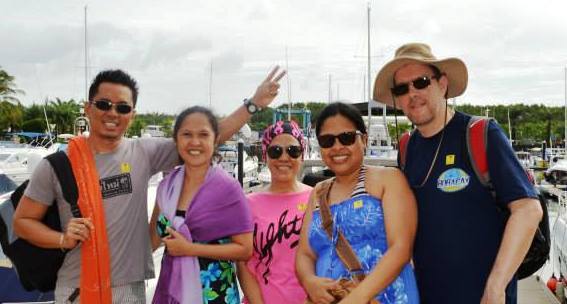