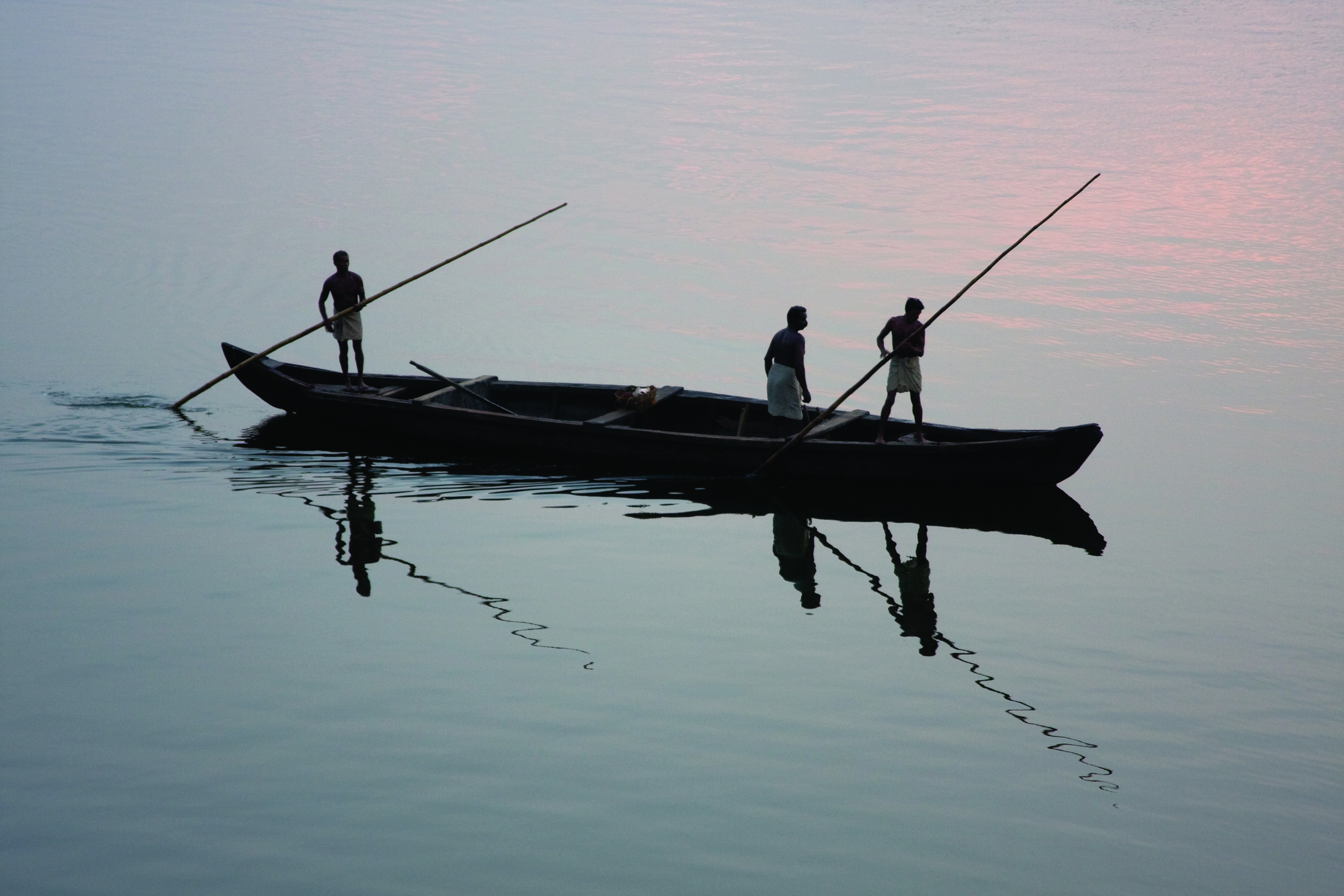 Ashtamudi, located 76kms northwest to the capital city of Kerala, Thiruvananthapuram, is a mesmerising backwater destination.  It forms the gateway to the captivating backwaters of God’s Own Country. The octopus-shaped lake (also palm shaped) is the second largest wetland region next to the largest estuary, the Vembanad backwaters. The 16km long backwaters meet the Arabian Sea after merging with the Neendakara estuary. The Neendakara port is known for cashew trading, transporting processed products and also works with the marine industry.  On the right bank of the lake is the famous district of Kerala, Kollam, known for the historical heritage.
The picturesque destination is one of the major tourism hubs, drawing masses of tourist round the year. The shimmering backwaters fringed with coconut groves, rich flora, landscape dotted with villages and towns makes it a sought after destination for visitors.
Besides the luxurious Kettuvallams (houseboats), motorboats, speed boats, which winds along the lake, The District Tourism Promotion Council (DTPC) Kollam operates boat trips from Kollam to Alappuzha district, one of the most popular and longest backwater cruises of Kerala. It is an eight hour journey through the canals, and offer access to towns, villages along the route, rendering an intimate backwater ride. Important tour spots covered during the boat ride are Matha Amrithanandamayi Madom, Alumkadavu, Karumadikuttan Buddha Idol, Kumarakody and Kayamkulam Lake. The leisurely sail along the lakes, rivers, lagoons, estuaries renders a delightful experience to cherish for a lifetime. Chinese fishing nets (cheenavala), fisherman paddling gently through the waters without disturbing the aquatic life, water ripples formed as the paddle moves up and down, vendor boats moving on sides, dense coconut groves kissing the blue waters, unending paddy fields and many bewitching sights. Tourists can hire boats in advance to enjoy with their friends or family and not cooped up with fellow travellers. Motor boats or speed boats or luxurious houseboats are available, houseboats has upper and lower deck, furnished cabins, sophisticated washrooms to suit the convenience of the tourists. Luxury boats accommodate between ten-sixty members, as they waltz along the phenomenal backwaters, they can relish the wonderful moments. 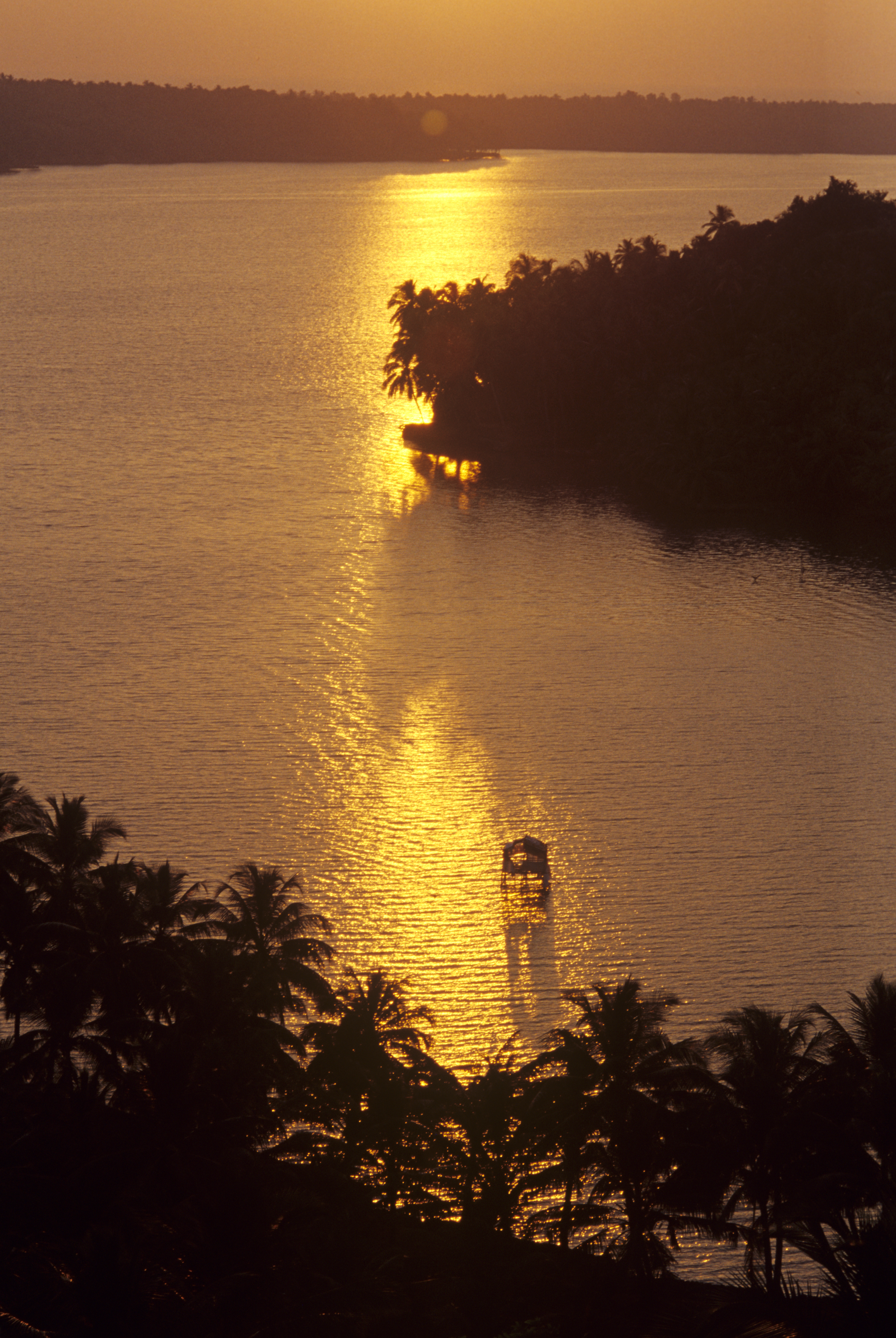 Coconut husk retting and fishing are the common activities one will witness along the banks of Ashtamudikayal (backwaters).  The Alumkadavu Boat Building Yard, located to the north of Kollam, close to Karunagappally, is an interesting tourist destination, the magnificent backwater cruisers, kettuvalloms or houseboats are constructed here. The spot is also known for coir making.
Kallada River from the Kulathupuzha hills of Western Ghats formed by three major rivers; Kulathupuzha, Chenthurnipuzha and Kalthuruthipuzha, which descends into the Ashtamudi backwaters at Neendakara port and finally merges with the Lakshadweep Sea, the 21ft deepest estuary of Kerala.
Munroe Island, the cluster of eight small islands is shaped by Ashtamudi Lake and Kallada River. The island was once residence of British rulers. Chavara, a tiny hamlet rich in minerals is an island situated within Ashtamudi backwaters, houses plenty of factories. Thekkumbhagom Island on the banks of the lake is immaculate of its nature-centric charm and signifies the age-old village life. 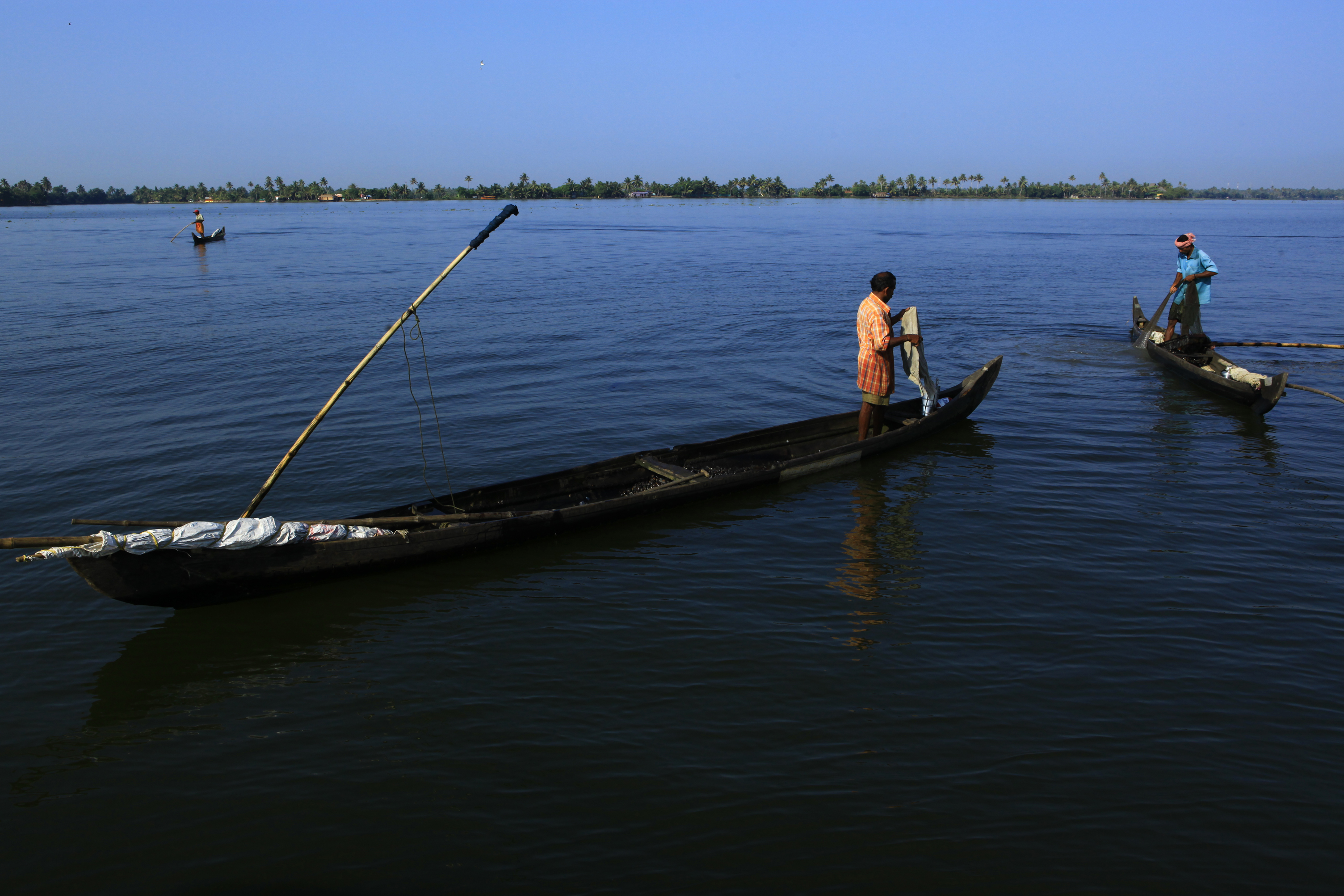 Ashtamudi is also famous for exquisite resorts, Ayurvedic parlours, spa and yoga centres and homestays – an idyllic destination for vacationing. As mesmerising backwaters blanketed by verdant greenery, enjoy stroll through the coconut groves, relax under the trees, munch some Kerala delicacies like Karimeen Fry (pearl-spot fry) and cherish the famed waterway experience.
Monsoon season add magic to the beautiful destination. Tourists from far off visit the Ayurvedic treatment centres and get pampered in soothing oil massages and herbal therapies. Getting soaked in the rich aroma of herbs and gentle rubs kindles one’s mind, body and soul.

This article is authored by Ajith Thomas who is one of the authors of the blog GreatBackwaters, you can find him at Google+

1 thought on “Ashtamudi – The Gateway Of Kerala Backwaters”